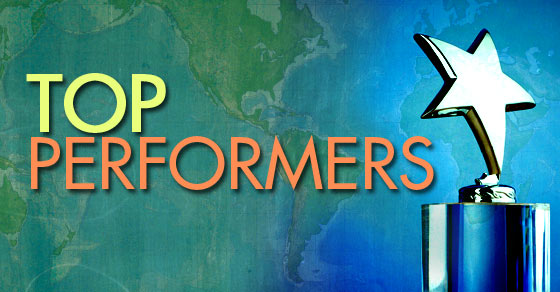 A friend of mine is a very successful sales manager. After he had carefully interviewed and then selected a new salesman, he would take the salesman to a Cadillac dealership and insist that he trade in his old car for a new Cadillac. The salesman would usually balk at the idea. He would be frightened of the cost of the car and huge monthly payments involved. But the sales

manager would insist that he buy the Cadillac as a condition of employment. At first, the salesman would feel guilt for buying the car, but within a few days, he would begin to see himself as the kind of person who drove a new Cadillac. He would see himself as a big money earner in his field, one of the Top Performers in his industry. And time after time, almost without fail, the salespeople in this organization became sales superstars.

Emmet Fox, the spiritual teacher, once said, “Your main job in life is to create the mental equivalent within yourself of what you want to realize and enjoy in your outer world.” Your focus must be on creating the beliefs within yourself that are consistent with the great success you want to be in your outer world. You achieve this by challenging your self-limiting beliefs, rejecting them, and then acting as if they did not exist.

You develop new beliefs by taking actions consistent with those beliefs. You act as if you already believe that you have these capabilities and competences. You behave like a positive, optimistic, and cheerful person toward everyone. You act as if your success is already guaranteed. You act as if you have a secret guarantee of success and only you know about it. You realize that you are developing, shaping, and controlling the evolution of your own character and personality by everything that you do and say every single day.

Make a decision this very day to challenge and reject any self-limiting beliefs that you might have that could be holding you back. Look into yourself and question the areas of your life where you have doubts about your abilities or talents. You might ask your friends and family members if they see any negative beliefs that you might have. Often, they will be aware of self-limiting beliefs you have that you are not aware of yourself. In every case, once you have identified these negative beliefs, ask yourself, “What if the opposite were true?”

Your beliefs are always manifested in your words and actions. Make sure that everything you say and do from now on is consistent with the beliefs that you want to have and the person that you want to become. In time, you will replace more and more of your self-limiting beliefs with self-enhancing beliefs.

Imagine that you have the “golden touch” with money. If you were an extremely competent money manager, how would you handle your finances?

“Remember, Success is Always Within Reach”